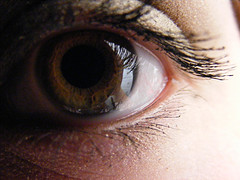 Philip Harford, a psychotherapist in New Hampshire, has written a really thought-provoking article about the combined use of hypnosis and EMDR. In particular, there's a great literature review in which EMDR is described as a specific model of psychotherapy, whereas hypnosis is viewed as a medium in which psychotherapy can be practised. Three case vignettes are presented in which hypnosis and EMDR are utilised in complementary ways, and these provide an interesting view of how the author works. Here's an excerpt from a session using ideomotor signalling:

"When a question was directed to Joe’s unconscious mind as to whether his presenting complaint was related to some past unresolved event, a “yes” response was signaled. Joe’s unconscious mind was then asked whether he was willing to explore and understand whatever may have happened in the past to cause his current problem, and Joe again signaled “yes.” (Joe had already given informed consent with regard to hyp- nosis and memory.) Further questioning identified the general age of significant event(s) as occurring between the ages of 10 and 12 years. Joe was asked if he was ready on a conscious level to know or recall the past event(s), and the “yes” finger again floated up. Joe’s unconscious mind was then instructed to orient him back to a time soon before the event(s) occurred and from there for the unconscious mind to orient him forward to the very first experience of the event(s)."

Harford, P. M. (2010). The Integrative Use of EMDR and Clinical Hypnosis in the Treatment of Adults Abused as Children. Journal of EMDR Practice and Research, 4(2), 60-75.