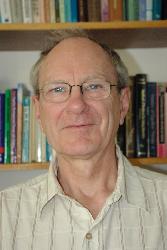 Although it has long been normal for therapists using hypnosis to use suggestions for imagery, work with images is now becoming increasingly popular amongst CBT therapists. Ideas are constantly being discovered and rediscovered, and this is a really interesting paper from 2007 by Professor David Edwards which discusses the history of using imagery in therapy.

From the paper, here's an interesting early example of the use of 'imagery substitution' published by Janet in 1889:

Marie had serious psychological problems including psychogenic blindness in the left eye since the age of 6, when she had shared a bed with another child disfigured by impetigo on the left of her face. Her menstrual periods were preceded by depression, hostility, and uncontrollable shivering. After 2 days, menstruation would stop abruptly and she would again shiver, become delirious, and display disturbed behaviors including shouting out, running about wildly, or behaving in a childlike manner. Using hypnotic regression, her therapist uncovered the source of these symptoms. When her first period began at the age of 13, she had felt profoundly shocked and deeply ashamed. After a day or so she had plunged into a bath of cold water to try to stop the flow. After that she did not menstruate for 5 years, and when menstruation resumed it was accompanied by the symptoms already described. The treatment was creative, but simple. Using hypnosis, her therapist suggested she re-experience the time just before her first menstruation and visualize her menstrual flow starting normally, her accepting it, making no attempt to stop it, and the period taking its course and ending naturally. This procedure resolved the symptoms. In another session, the therapist guided her to remember sharing the bed with the girl with the disfigured face, to imagine her as a friendly person without impetigo and to visualize caressing the girl's face without fear. Her sight returned and there was no return of symptoms over the next 5 months.