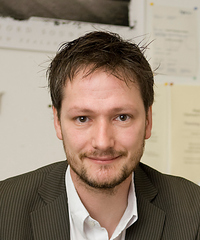 Dr Gareth Roderique-Davies, a psychologist at the University of Glamorgan has written an interesting critique of neuro-linguistic programming (NLP) in the Journal of Applied Research in Higher Education. In it he outlines NLP, discusses its central ideas, and then examines the evidence for these. It's a very accessible article, and well worth reading.

"To the casual observer, NLP appears to be a widely accepted set of techniques. Indeed, NLP has found its way into a number of academic institutions, appearing in peer-reviewed journals from an array of disciplines including counselling, business, marketing and education. This gives the impression that is not only widely used but is academically credible with a sound research base to support it ... Despite the cloak of respectability, the truth about NLP borders on the worrying. This paper argues that NLP is an ill-defined chameleon that masquerades as a discipline open to the rigours of academic enquiry, when in fact there is spectacularly no evidence to support NLP beyond personal testimony and anecdote."

What I found really interesting was that in response to empiricists disproving core components of NLP (e.g the idea of the 'primary representational system', eye movements, and predicate matching), some proponents of NLP changed their argument. They have started to argue that NLP draws on the theoretical framework of social constructivism: which in practice often mean that evidence of effectiveness takes a back seat to discussions of what effectiveness might mean, and arguments based solely on personal experience.

"As Linder-Pelz and Hall (2007) state, NLP is about adopting a humanistic constructivist approach involving collaboration, focus on solutions, precision questioning, detachment from the problem, feedback and finding out what works and what doesn’t. However, such a description appears to categorise NLP as anything that ultimately helps an individual address a particular life issue."

"NLP masquerades as a legitimate form of psychotherapy, makes unsubstantiated claims about how humans think and behave, purports to encourage research in a vain attempt to gain credibility, yet fails to provide evidence that it actually works."

Read a full copy of the article here