Animal hypnosis: Can animals be hypnotised?

Animals can be encouraged to enter a state that, on the face of it, bears some similarities to hypnosis in people. This state is best described as motor inhibition in response to restraint (Erhard et al, 1999) but has also been variously labelled as 'tonic immobility', 'animal hypnosis', 'immobility reflex', 'Totsellreflex', or 'fright paralysis'. Tonic immobility involves physically restraining an animal, which then becomes immobile for a period of time. The immobility usually ends abruptly "with the animal making an almost immediate transition from the immobile to the mobile state" (Gallup, 1974). The processes underlying hypnosis in humans with tonic immobility in animals are likely to be very different. Hypnosis in humans is about verbal suggestions which produce changes in subjective experience. Being relaxed and still is sometimes part of hypnosis, but is not necessary. Tonic immobility in animals is defined by 'immobility' and nothing more. Animals cannot inform us about their subjective experience, and may not be self-aware and able to introspect as humans can.

The pictures below are from Völgyesi (1966) showing some of his experiments with animals: 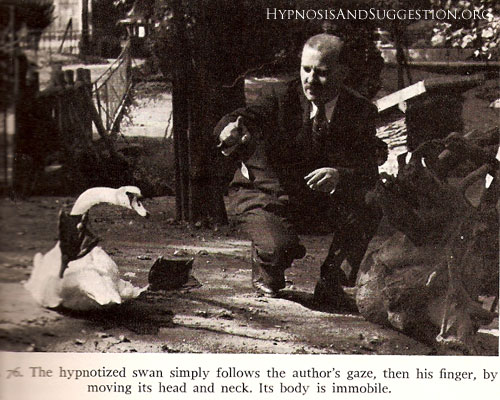 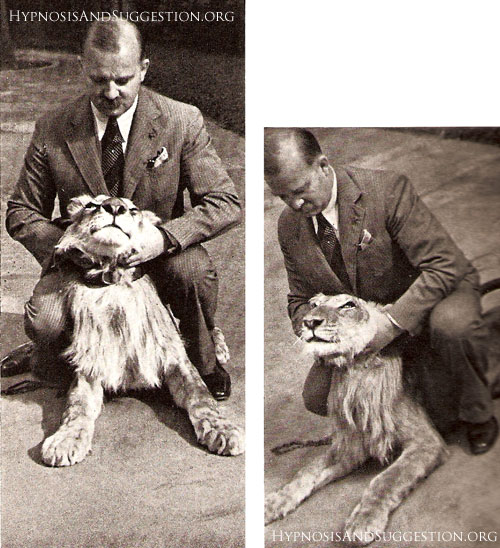 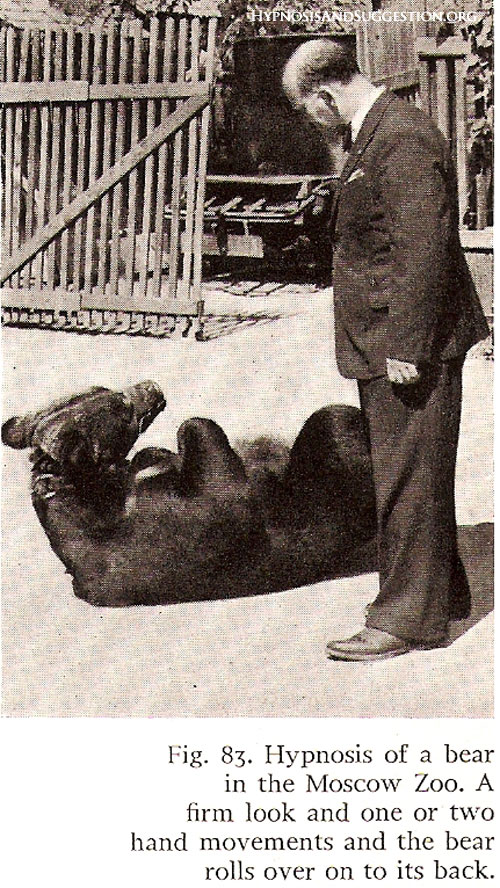 This BBC video also demonstrates some other examples of tonic immobility